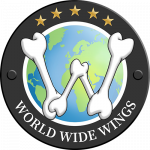 My name is Elliott Evans age 27 years old the owner and founder of World Wide Wings and here is the story of how the company was started.

HOW IT ALL BEGAN

I left college at the age of 16 after deciding I didn’t want to continue as I wasn’t enjoying my course and had no passion for what I was doing. I wanted to work in the city and did various jobs from the age of 16 – 19 including call centre work, door to door sales and debt recovery. I then managed to secure a role in the city as a trainee recruitment consultant which I did for 7 years progressing quite high to eventually become a business manager.

However, throughout my career in the city I found an ever-growing passion for all thing’s food related. I started cooking food at a pretty good standard and loved nothing more than going to new restaurants and trying new flavours and ideas. Combining this passion with one of my favourite foods of all time… Chicken wings I travelled all over London to various wing restaurants in search of the best chicken wings I could find. I found my favourite place which I travelled to regularly but from about 2016 onwards I had decided that my main goal was to one day start a successful Wing restaurant but however I had other things I wanted to do first such as holidays buy a house etc. So, this idea was always just a distant dream in the back of my mind which occasionally got thought about but action was never taken.

From the office
to the kitchen

Then March 2020 and the Covid crisis hit! My pretty social job in the city had turned into a full-time homeworking position with next to no contact or interaction with colleagues most days. This gave me a lot more time to think about where I was going with my career and what I wanted to do with my life moving forward. Then came even more time to think, I was furloughed for 4 months so didn’t even have a job to focus on every day and my routine was absolutely out of the window. During this time, I decided I would try and move forward with the wing business idea but there was 1 problem – even though I was cooking meals at home at a pretty good standard I had absolutely no idea how to cook chicken wings whatsoever, as much as I loved eating them I never even tried cooking them.

So, I did some research online looked over 100s of recipes and got a rough idea of what made the best chicken wings. I went out and bought a small fryer and started experimenting with different spice mixes and different sauces. Once I had that at a good standard I started cooking them for a few of my friends and the feedback was pretty good and they all supported the idea and said I should push on with the idea. So, what I decided I needed next was a location to start from and a name for the company. The name for the company actually popped into my head one day out of nowhere and stuck straight away. I knew I wanted to serve various different sauces from different countries from around the world- and world-wide wings just popped into my head and never left.

So that was the easy bit I had a company name but where was I going to start a food business at this time of year (around July). I swiftly decided that renting a restaurant was too risky having just come out of lockdown and with the potential of another one looming I started speaking to local pub owners in Rayleigh to see if of any of them were interested and we had a bit of interest and a potential partnership but it didn’t work out. Anyway, one night out up Rayleigh lanes a place where I frequently visit I was talking to the girls behind the bar about the plan with the restaurant moving forward when one of the ladies who happened to be the owner of Rayleigh Lanes daughter mentioned that there might be the potential to do it up there and she would discuss with her dad.

About 3 weeks later in August I went up there to cook a few portions for everyone up there to try and the owner decided to pop up too – he was happy with the food and thought it would be beneficial for us both for us to rent the kitchen from him and give it a go.

Since that day we opened and the business has gone from strength to strength the feedback and reviews from customers have been amazing, unfortunately the lanes had to shut due to restrictions but we were thankfully allowed to stay open and continued to build our reputation and have even been nominated for Southend Echo’s Takeaway of the Year competition. This has made it possible for me to leave my job and run the business full time from 2021.

I am extremely grateful for all the support we have received from not only customers but friends and family who have supported the business from day 1 but most of all for allowing me to turn my passion for chicken wings and cooking into a full-time career. 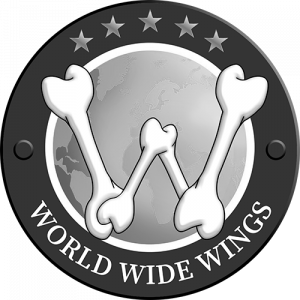